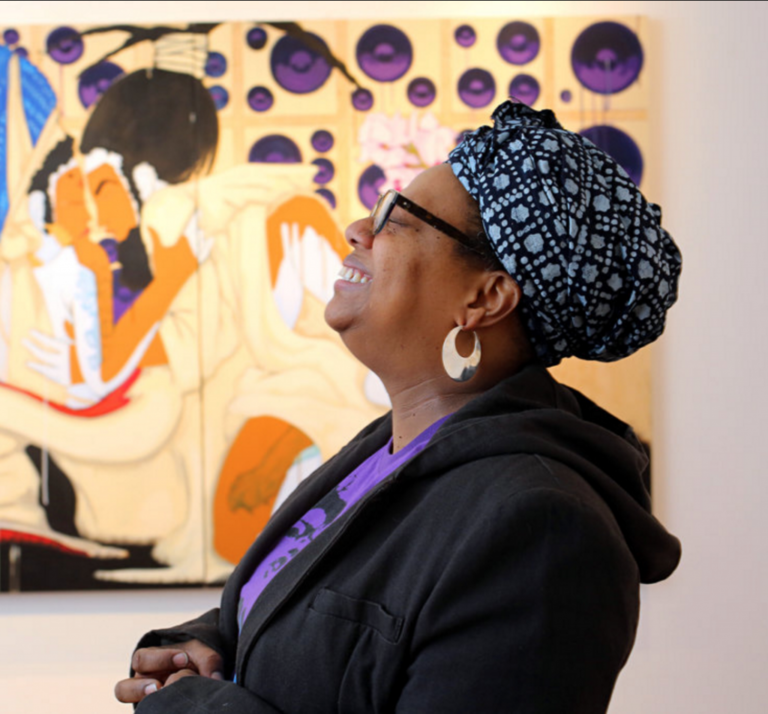 Living and working in Washington DC, Rozeal is a contemporary American painter best known for her use of traditional ukiyo-e print techniques to meld Japanese folklore, geisha, kabuki, and samurai imagery with hip-hop references and African-American culture.  Rozeal received her MFA from Yale University School of Art, New Haven, CT in 2002. The artist’s paintings have been widely exhibited both nationally and internationally. She received a solo show at the Museum of Contemporary Art Cleveland in 2010 and in 2011 she was commissioned to create a performance for the Performa Biennial. Rozeal has been featured in exhibitions at the High Museum of Art in Atlanta, The Studio Museum of Harlem in New York, and the Corcoran Gallery of Art in Washington DC, among others. The artist’s works are in the numerous notable collections including The New Museum of Contemporary Art, New York, Hirshorn Museum and Sculpture Garden in Washington, DC, and the Rubell Family Collection in Miami. 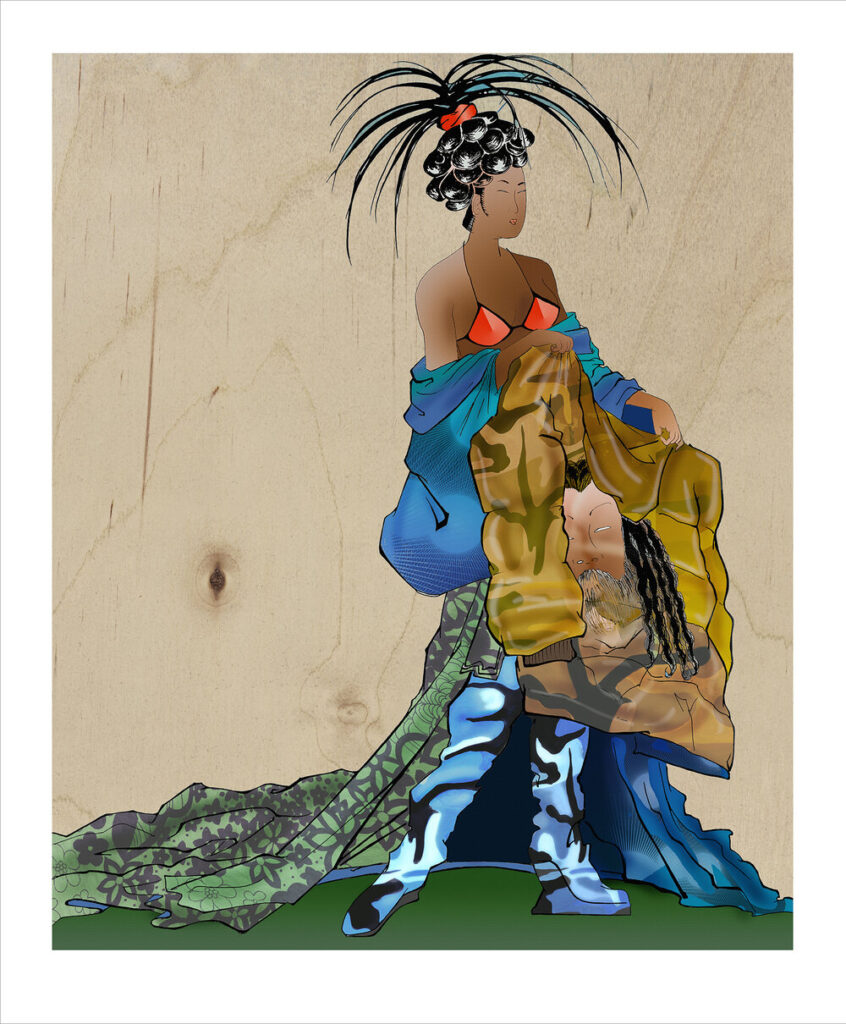 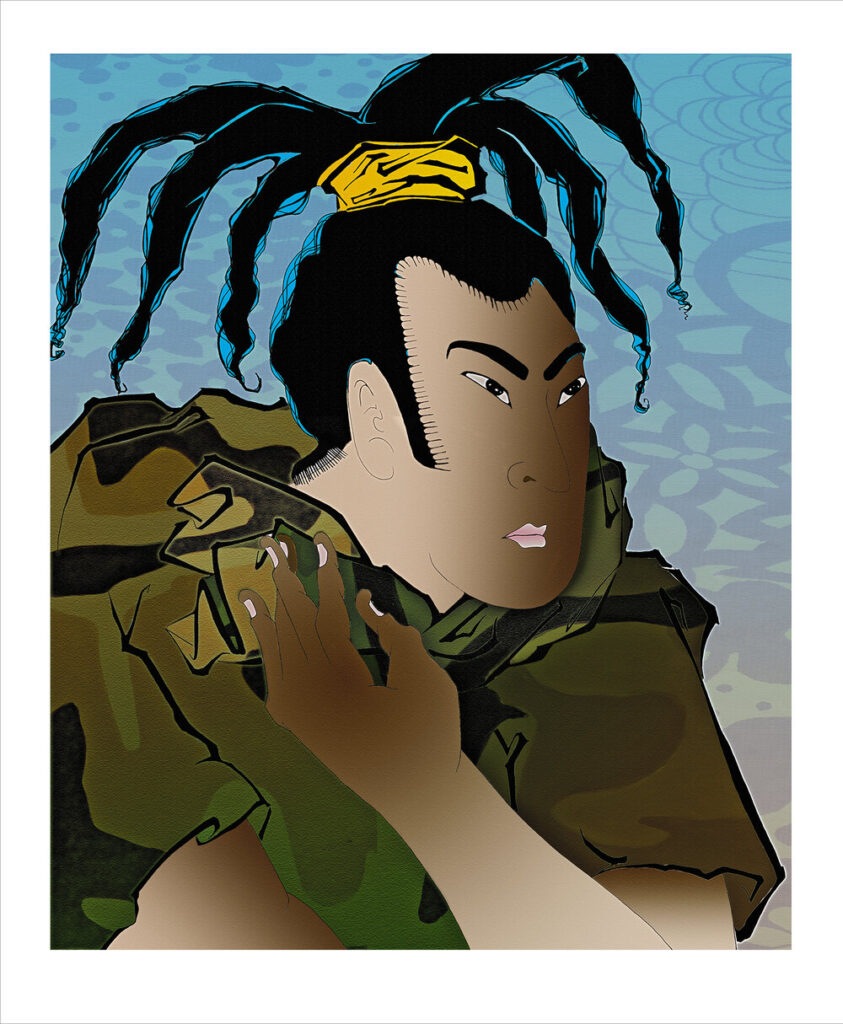 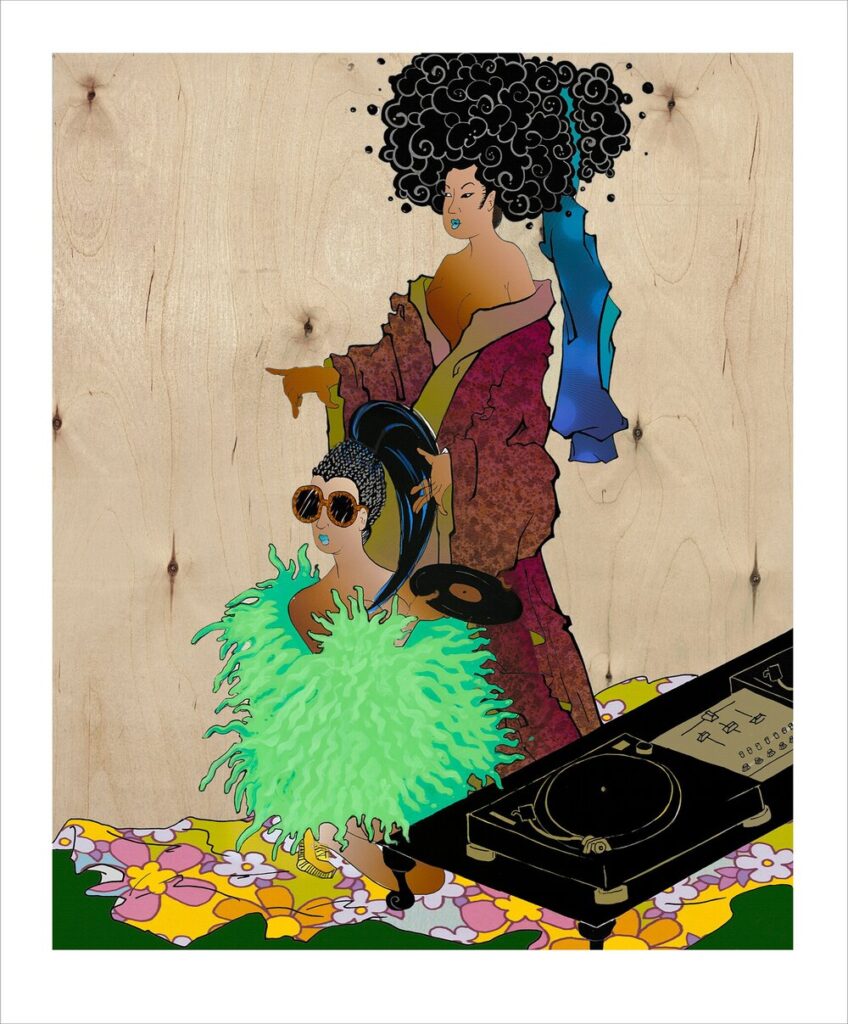 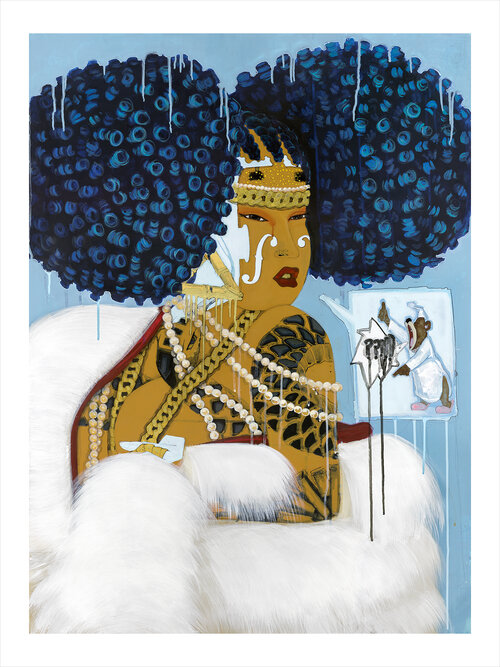